The whole dieting world seems to revolve around counting, leaving many to wonder, should I count calories or carbs? But before all this counting, there lived billions of people who didn’t care how many calories or carbs they ate, just as long as what they ate was healthy.

But now in the 21st century, what we believe is healthy has changed drastically, and is the fundamental reason why the masses are now addicted to drugs and chronically ill.

You can drive through any town and see exactly what the masses think is important, like fast food, drug stores and of course lots of shopping. I get it, we live in an age of consumerism, but that should not mean your health must suffer for it, but it does.

Everywhere you go, people are counting calories and counting carbs in most everything they eat and drink, because they were told that’s what it takes to get healthy, but if that were true, we would all be healthy, right?

Unfortunately this is not the case, yet they keep counting calories and carbs in everything they eat and drink, hoping and praying they finally lose weight or finally stop the pain.

Now, I have tried to teach thousands of people over the last few decades about food, and some have listened and actually unlearned the lies diet propaganda taught them, but most have not wanted to unlearn or relearn anything, which is their choice of course. 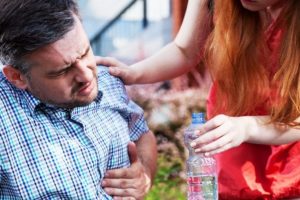 But never before right now in history has the world seen so much chronic illness and so many preventable deaths ––even the common cold kills at least a million men, women and children each year. 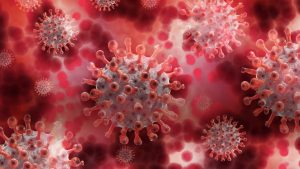 Our immune systems have definitely weakened and are only a fraction of the strength they once were –but what can you expect after polluting everyone and all our farmland becoming more contaminated than sewage over the last 150 years?

We shouldn’t expect anything but chronic illness and millions of preventable deaths every year now.

So, if it’s a waste of time to count calories or carbs, what should you count? You should be counting non-food ingredients! What are some examples of non-food ingredients? Preservatives, additives, fillers, sweeteners, thickeners, flavors, of course artificial nutrition, and the like.

In other words, if it does not sound like an actual food that grows or is raised, then it is not food, even if it supposedly came from food.

But this is not the only thing you should confirm, because even if every ingredient is an actual food, it doesn’t matter if all that food was grown in contaminated soil and water, right?

This is actually most important and is what separates the few who are truly healthy from those who are always sick. So, is there a point to counting calories and carbs in food that is contaminated? Of course not.

Is there any point to counting anything in foods or drinks that are contaminated with preservatives, additives, fillers, sweeteners, thickeners, flavors, of course artificial nutrition, and the like? Absolutely not! You might as well count how many carbs are in a twinkie, cotton candy or a cheeseburger!

Have you ever wondered why dieting propaganda started pushing the carb and calorie counting in the first place?

The history of counting carbs and calories actually dates back to the 1920s, when the medical community started noticing Diabetes and Obesity, so it was found that limiting carb intake helped keep blood sugar in check and limiting calories decreased body weight, even though the weight that was lost was only healthy fat and healthy muscle, as opposed to the unhealthy fat they were hoping for, which is why all the diets out there right now still don’t work. 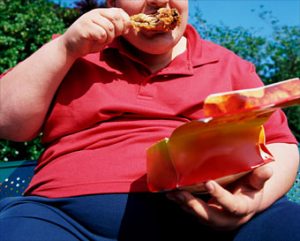 You see, they never thought to research the difference between a healthy carb and an unhealthy carb or a healthy calorie and an unhealthy calorie, so they just grouped everything together, which is why all they ever did instead was starve Diabetics by telling them they should limit their carb intake and starve everyone overweight by telling them to limit their calorie intake, and they still are today!

No wonder Diabetes and Obesity are both serious epidemics today that show no sign of slowing down any time soon. I’m sure this is not what President Reagan expected to end up exacerbating decades later when he started his ‘health’ campaigns; he should have known better than to listen to a bunch of calorie counters who never cared enough to count how many preservatives or pesticides are in anything they count.

So, if you still wonder if I should count calories or carbs, the answer is neither! Because when the food is truly healthy and truly 100% Clean, it does not matter how many carbs or calories there are , because the carbs and calories are healthy carbs and calories.

I’d rather eat lots of calories and lots of carbs in truly 100% Clean food than even eat 0 carbs and 0 calories in 100% contaminated foods and drinks, but hey, that’s just me.

But if you want to experience the last 100% Clean Low Carb Meal on earth and never count anything ever again, then you need to start The MealBetix Lifestyle today.