“Toxic Accumulation: The build-up of harmful chemicals in our bodies over time” is not just another headline, but the difference between life and death.

Toxic accumulation is a serious problem that most people face today, and it can cause many harmful effects over time. Toxic chemicals are added to our food and water supplies, and they enter our bodies every day through consumption and skin contact.

While it’s impossible to avoid all toxins, there are some steps you can take to make sure your body stays as healthy as possible throughout your lifetime, but first, what are these toxins and what exactly do they do to your body over time as they accumulate inside of you?

There are thousands of different pesticides and they are constantly sprayed on farmland, crops, parks, backyards, everywhere there are pests. And each pesticide causes serious illness, especially in those with a weakened or underdeveloped immune system.

Long term pesticide exposure has been linked to the development of Parkinson’s disease; asthma; depression and anxiety; attention deficit and hyperactivity disorder (ADHD); and cancer, including leukaemia and non-Hodgkin’s lymphoma. And exposure includes consumption, too, of course.

And every product on store shelves and especially all the produce sold at the supermarket and health food stores, have all been exposed either indirectly or directly to pesticides. It’s no wonder cases of cancer and Parkinson’s are consistently on the rise.

There are thousands of different herbicides and they are all constantly sprayed on farmland, crops, parks, backyards, everywhere there are weeds.

And each herbicide or glyphosate causes serious illness, especially in those with a weakened or underdeveloped immune system.

Fungicides are pesticides that kill or prevent the growth of fungi and their spores. They can be used to control fungi that damage plants, including rusts, mildews and blights. They might also be used to control mold and mildew in other settings.

Fungicides work in a variety of ways, but most of them damage fungal cell membranes or interfere with energy production within fungal cells.

What are the effects of ingesting fungicides and as it accumulates over your lifetime? From serious skin and eye irritations to of course cancer, thyroid diseases and liver disease.

GMOs have been around since the 20th century, but just in the last 20 years GMOs have infiltrated everything you eat, drink and inject. And there has never been any long-term studies on the effects on animals, humans or the environment, besides the ongoing guinea pig trials we are all living in today.

Why did they create a GMO to begin with? For the simple fact that they can control your food!

You see, during all of the 20th century, Big Pharma and Big Ag struggled to find ways to control the food supply, because then they can control our health, but until GMO technology was discovered, all they could do is rely on nature, and you cannot patent nature.

So, eventually they realized that they could tweek the DNA in plants, thereby making them patentable –and GMOs were born.

What have been the consequences of ingesting GMOs? Most of the diseases and conditions associated with a Western diet, which include gastrointestinal disorders, obesity, diabetes, heart disease, depression, autism, infertility, cancer and Alzheimer’s disease.

The documented effects of glyphosate and its ability to induce disease, and glyphosate is the ‘textbook example’ of exogenous semiotic entropy: the disruption of homeostasis by environmental toxins.

Genetically Modified Organisms (GMOs) were first introduced into the food supply in 1995. One of the primary genetically engineered (GE) traits is resistance to direct herbicide applications.

As a result, there has been a huge increase in the amount of glyphosate applied to cotton, corn, canola, sugar beet, and soy crops grown in the U.S. corresponding to the rise in the percentage of these GE varieties planted.

Since GMOs were introduced into the food supply the rate of chronic health conditions among children in the United States increased from 12.8% in 1994 to 26.6% in 2006, particularly for asthma, obesity, and behavior and learning problems. 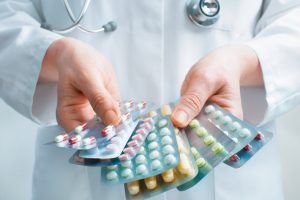 Drugs have become mainstream ‘treatments’ for just about anything and everything that ails the body these days, despite the fact that drugs are completely toxic and therefore ruin your health faster.

But why do the masses rely on drugs for everything? Because they do not know any better. There is a serious health illiteracy in this country and Big Pharma is causing it.

The days of knowing which plants heal the body, how to stop pain holistically and even how to repair damaged cells, has been suppressed for over 3 generations now, which is why the current generation is the sickest generation ever.

The masses have lost the ability to take care of their own health, which has created untold pain, suffering and death.

What exactly are drugs made from? Petroleum as the base, then artificial chemicals are added to create the desired effect, which is either numbing pain, weakening your immune system, or both.

And regardless of what you are told the drug will do, drugs can only either numb your pain or weaken your immune system –that’s all drugs have ever been able to do.

Is it any wonder why after swallowing drugs for so long, either the chronic illness remains or is worse?

But junk food is not only on street corners, but also lines the millions of store shelves, convenience stores, school cafeterias, and of course even hospital cafeterias.

It’s easy to understand why so many are sick these days. So few people understand just how toxic junk food or fast food is and then will actually avoid them; the masses just eat junk food and fast every day without worrying about what happens to them later.

We’re exposed to so many toxins that it builds up over time. We accumulate a lifetime of pesticides, herbicides, fungicides, GMOs, drugs and junk food that overloads our liver, heart and kidneys and damages our metabolism.

So, are you ready to finally start cleaning out a lifetime of toxic accumulation and restore the health you have fighting for all your life?