Let me first explain some history. Do you know why after a century of consistently spraying our crops and soil some of the most toxic insecticides, herbicides and fungicides, how our very toxic and very polluted soil can still grow plants?

Because the earth has its own immune system that constantly tries to renew the contaminated soil, which is enough to still allow plants to grow, though all the plants grown in this toxic soil these days have been beyond contaminated for a long time.

But just like those who can live long lives eating junk food every day without ever experiencing so much as the common cold, in the end always develops serious illness, often stage IV of some terminal illness.

And this is why I believe nothing will grow in 100% of all farmland by the end if this decade –it has already started!

Thousands of acres of once fertile farmland completely dies with each passing year. Sure, there is still millions of acres of farmland here that is still producing crops, barely, but just like the Amazon Rainforest, you can expect all of it to be gone soon.

Why? Because greed and corruption will not end, especially not from Big Agriculture and Big Food.

These two cartels control 100% of all the main contaminated food supply chains, which means they control what is sold in all the supermarkets and health food stores.

They do not want there to be anything truly healthy sold anywhere, because that will mean you will stay healthy and not need Big Pharma, which is their biggest supporter –behind the scenes of course.

“The estimate is that we are now losing about 1 percent of our topsoil every year to erosion, most of this caused by agriculture. The United States is losing soil at a rate 10 times faster than the soil replenishment rate while China and India are losing soil 30 to 40 times faster.” Stanford University (2015) 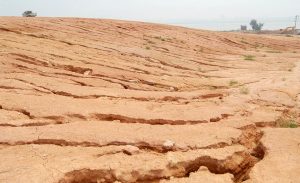 Since this study, our soil has been increasingly eroding faster each year, which means by the end of this decade, we could lose most or all of the top soil here.

According to the Union Of Concerned Scientists, “National Soil Erosion Rates on Track to Repeat Dust Bowl-era Losses Eight Times Over.”

And more Scientists are finally coming forward to agree our farmland degradation will worsen with climate change. So even if you do not believe all the top soil in the United States will all be eroded by the end of this decade, it is overwhelmingly clear this will happen soon, and in your life-time.

And soil erosion will not just stop food production, but also clogs and pollutes our waterways, killing everything living in and around lakes, rivers and streams.

So what does this mean for you and me? It means we will either experience food scarcity like we have never seen before or we will be one of the few left who started eating MealBetix to increase our health and also stocked up on MealBetix for yourself and your whole family. 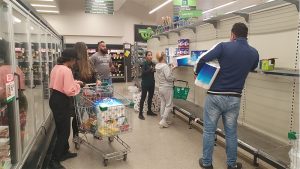 During this time you can also expect the prices to increase 10x very quickly and stores could become a dangerous place, just like what we saw during the first ‘covid-19 pandemic‘.

I think you can already see the signs pointing to this day coming soon and no matter how hard our governments work to keep this out of the media as diligently as they can, it is now too obvious to hide.

Our health is the most important asset, especially during times of desperation, even more important than money, because when everyone around us is fighting over the last bag of chips that will make them sick anyway, you and I will be strong and healthy, because we have MealBetix right by our side.