After almost two centuries of Allopathic influence, billions of citizens misuse thousands of words when they describe their health, talk about their ‘treatments’ or their ‘doctor’ and even shop for their favorite ‘supplement’.

Now, these are the terms I use in their original form — their original usage you can say. You might not agree with how I use all these terms, because well, that’s not how anyone around has ever used these terms, but if that’s the case, then I guess you’ve finally met someone with a different perspective, which is a good thing I think.

Nevertheless, these terms and my usage of them has helped me greatly in explaining to the thousands of families over the last 30 years, how they can heal themselves with food. Because nature is the source of all health! And the tree of life is the source of all life on earth, for without trees and the food that grows them, life on earth would be a terrible place to exist. 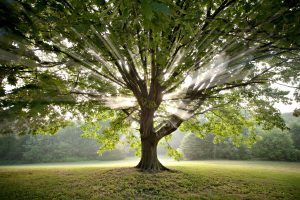 So, without further ado…

‘Medicine’ (according to Allopathy): drugs, medication or pharmaceuticals.
“Medicine” (according to Homeopathy): food and maybe some medicinal plants or herbs, but mostly food.

‘Treatment’ (according to Allopathy): drugs, medication, pharmaceuticals and surgery.
“Treatment” (according to Homeopathy): food.

‘Alternative Treatments’ (according to Allopathy): chiropractic adjustments, massage, iridology, acupuncture, exercise, etc..
“Alternative Treatments” (according to Homeopathy): drugs, medication, pharmaceuticals and surgery. Why are these the “alternative treatments” according to Homeopathy? Because Allopathy wasn’t discovered, it was invented by a businessman who started out doing experiments on local villagers, even killing a young slave girl in the process, until he was run out of town.

Some years later, he created what’s now called the AMA. All this happened about 180 years ago, so of course Allopathy could only ever be the ‘alternative’, but I can’t imagine why anyone having even the most basic understanding of Homeopathy would ever even consider Allopathy as any kind of viable ‘alternative’ to eating healthy. Notice I didn’t say “healthier”, because you could eat 2 donuts instead of 3 donuts or swallowing 2 drugs instead of 3 drugs and already be eating “healthier”.

I do not mince words when I talk about health. You are either eating healthy enough to affect change in your health or you are not eating healthy at all. Everyone and their Gardner thinks they know what eating “healthier” means, but none of them can reverse any chronic illness.